Groundspeak needs your help featuring a geocacher each month that stands out by inspiring other geocachers with their innovation, creative hides and/or logs, respect for the environment, and helpfulness. More than a fifty geocachers submitted outstanding nominees from around the world.

Each geocacher you see below displays extraordinary geocaching qualities including generosity and  inventiveness. Write a comment on this blog post about which of these three geocachers you’d like to see as the September featured “Geocacher of the Month.” Those not recognized as a nominee or as the featured “Geocacher of the Month” are encouraged to submit nominations again next month.

Nomination by pkreun: “AussieCacher has hosted events in both the US and his native country, Australia, helping experienced and new geocachers alike. He is always willing to go out of his way to help others. In 2007 he organized a Travel Bug race from Sydney, Australia to Sioux Falls, South Dakota with 33 Travel Bugs taking part in the race.  He laminated each competitors TB details and delivered them all to the starting location in Australia. AussieCacher has created and hidden some very unique and creative geocaches in both Australia and the US. Many of these geocaches have not been seen anywhere else and were hand made from scratch.

AussieCacher thoroughly enjoys the outdoors and respects the environment immensely. During his travels geocaching he has performed CITO many times and rescued animals from turtles, birds, frogs to dumped kittens. AussieCacher has taken part in 12 CITOs and just last month he hosted his first CITO.  He has developed 12 EarthCaches as well as finding over 180.”

Nomination by The Weasel:  “Jeff has hosted five “official” 101, 201, and 301 events. What I would like to stress is that Jeff has done WELL over 50+ 101 events for SEVERAL groups from the Girl Scouts, Boy Scouts, Libraries, and any group that asks for a class to be held. Some of these events have been several hours away, but Jeff is always willing to lend a hand and do this.

Jeff has hosted 8 “unofficial” trips to a 5×5 caches of his, The Siege!. This is a very extreme cache which involves going over a cliff face. Jeff is ALWAYS willing to take groups to this cache to ensure their safety.

Jeff is a VERY active member of the Iowa Geocachers Organization where he has held a position on the BOD for several of years as well as part of the Land Management committee.

Jeff is a volunteer  with the Linn County Conservation, and has donated several hours helping them with various events.

Jeff is a model geocacher which all of us in the area and beyond can be proud of. He is always willing to lend advice/help to any cache that approaches him or contacts him.”

Nomination by OddAngles: “David and Tina would be an excellent choice for this award.  This team has a Fire Love for Geocaching. They will take anyone who wants to caching and take them to do any and every cache that their heart desires.

David and Tina are always willing to participate in CITO’s and have co-held many CITO Events.

They have been caching since December 2006.

I would say David and Tina are well rounded cachers in experience when it comes to terrains and difficulties.  Their cache hides are as versatile as the caches that they’ve hunted.  The Pilgrim’s have hidden water caches and high terrain land hides as well.

When Pilgrimsprogress help’s with an event, they will go to no end to make it fun.  David and Tina will come up with the most exciting and fun games.  Besides the Human Checkers, they did a boardwalk team race once…where a team of 3 had to walk using boards as their feet. Pilgrimsprogress also co-managers of a Geocaching Group out of Augusta, Georgia called “CSRA Geocachers”.  They are the heart and soul, the brains and backing behind many of the group’s monthly events.”

If you know an outstanding geocacher who should be the Geocachers of the Month, send an email to geocacherofthemonth@groundspeak.com.

Every nomination must meet the following requirements. Please include your name, the name of your nominee, their username, at least one picture of the nominee and description (in 500 or fewer words) explaining why he or she deserves to be the Geocacher of the Month. Please inform your nominee that you’ve submitted them for the award. Nominations for the October Geocacher of the Month must be received by October 3rd.

Once we have received all of the nominations, we will choose the top candidates and post them on the blog. You will then get a chance to champion your favorite. Our goal is to involve the entire geocaching community in this process so we might learn from each other. 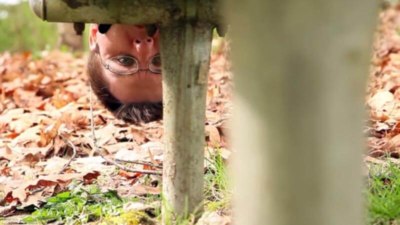 How to hone your Geo-Senses 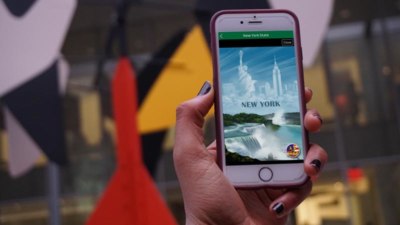 A D5/T5 - braving the deep waters AND a monstrous