Getting plenty of fresh air, enjoying beautiful scenery, exploring wondrous destinations—United States National Park Rangers have a job that many of us dream about. However, it’s not all fun and games. Park rangers work tirelessly to help preserve natural areas, protect endangered species and ensure visitors enjoy their experience. This week’s Geocache of the Week is the Park Employee for a Day Geocache series (beginning with GC42GX2), which  put you in the well-worn boots of a Park Ranger in Everglades National Park, Florida, USA.

This geocache series is relatively new and ranges from 1.5–2.5 in difficulty and terrain. Most of the geocaches were placed in January 2013. However, just because these geocaches haven’t had a whole lot of time to rack up Favorite Points, we can tell that this series will be loved by the community. “So far, the caches have been wildly popular with visitors…we’re getting good qualitative feedback from visitors about the real-world issues we’re asking them to consider. Visitors are chiming in on how we should respond to climate change, protect imperiled species, and manage risks from wildlife. This sort of back-and-forth conversation is an exciting new departure from traditional ranger programs found at most national parks,” said Larry Perez, the U.S. Park Ranger in charge of the series.

The Park Ranger for a Day geocaches are some of the very few geocaches that are placed within a US National Park.  Geocachers will be able to experience more than just another find—they’ll be able to see the park through the eyes of a ranger. The series begins with a simple park and grab geocache that contains information about the other geocaches, as well as their coordinates. Each geocache then presents a different, real-world scenario that Park Rangers could face. “The issues we ask our visitors to consider are ongoing, real-world challenges for our park personnel. The series helps expose visitors to the “behind-the-scenes” work–both past and present–that has been undertaken by many of our rangers. These include dealing with invasive exotics, managing large wildfires, and planning for the future in light of sea level rise,” said Larry Perez.

Geocachers share how they would handle the situation in their logs. So far, the geocachers that have made the trip to southern Florida have enjoyed the series. Geocache lilyfly had this to say, “Thanks to the NPS for being willing to take chance on us geocachers. These caches were all placed in excellent locations where minimal impact will be made. The challenges presented really helped give a glimpse to the different issues facing the NPS. We loved it! THANK YOU!” 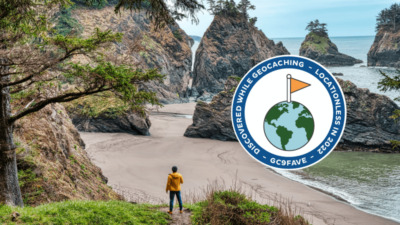