She’s found more than 13,000 geocaches and hidden more than 70. She knows her geocaching stuff. Sandra’s knowledge includes using the right container for the right circumstances. They’re containers that are durable and last years. She says those containers are most importantly water-tight. None of that seemed to matter much though when a spring flood washed through Manitoba, Canada in 2010. Even though her geocache named Splashing New York Style was hidden high on the bank of a river, it was swept away.  After a string of DNF (Did Not Find) logs, she replaced the geocache container.

Then the years rolled by, until an email popped into Sandra’s inbox. She says, “I found out that one of my caches that was washed away in a spring flood in 2010, was found on an island about 60 km North of where it was originally hidden.” The story goes, “The cache was found by Rob Bruce, Marsh Manager at Oak Hammock Marsh while he was on a hunting trip in Netley Marsh. He had been camping on the island where the cache was found.”

Sandra says the geocache survived those three years intact and water tight. It was well marked so Rob knew the container was a geocache and he also knew how to contact the geocache owner. The geocache just bobbed along for years before finding a resting place on an Island on the south end of Lake Winnipeg.

Sandra says, “The really amazing part of this story is that the log book and other contents of this cache were still fairly dry inside! It was hidden in a Lock & Lock container (the real kind, not a dollar store knock off).”

It’s a Lost & Found lesson about quality, well-marked, water-tight containers. It’s also a lesson about luck. It helped that it ended up in the hands of a friend who geocaches, a lot. OHMIC returned the geocache, but he happens to mostly find them with more than 15,000 finds.

What are your tips, advice, techniques, tools… well you get it…  for placing a durable, water-tight, well-marked geocache? 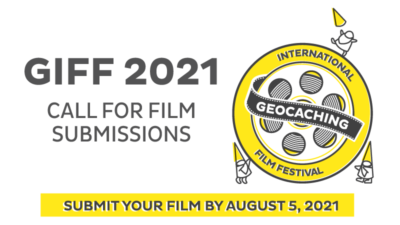