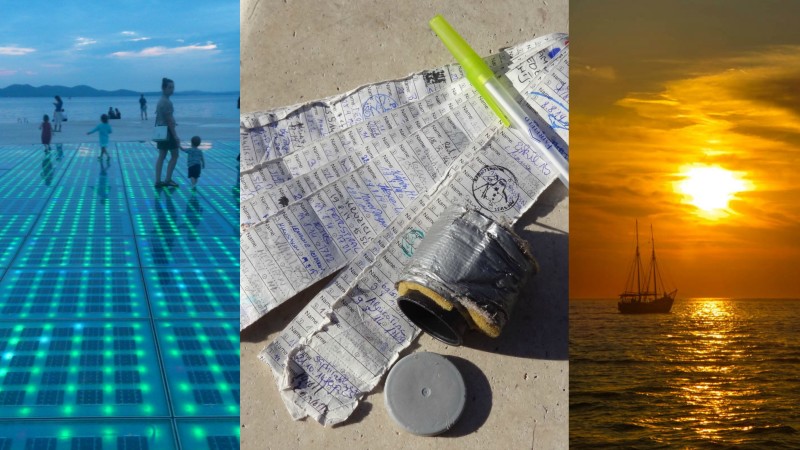 There aren’t many places in the world where you can watch a burning sunset over the sea, listen to soothing organ music, and then be treated to a solar-powered, galactic light show…without moving from your spot the whole time.

In fact, there’s probably only one place on earth where that’s possible. And there’s a geocache there.

Croatia’s sunniest months are July and August. Luckily for visitors the sun tends to set every day, so views like this can happen year-round.

The amazing sculpture/instrument known as the Sea Organ (Croatian: Morske orgulje) is made up of a series of differently-sized tubes located in the water underneath a set of large marble steps. The movement of the waves rushing across the tubes creates beautiful, if a bit random, music.

At the top of the Sea Organ stairs is another installation fighting for the title of Most Futuristic. Embedded in the ground are approximately 300 glass solar panels called the Sun Salutation, which are perfectly walkable by day.

At dusk, the Sun Salutation switches on and displays a series of bright and colorful lights. The motion of the lights depends on the solar energy collected throughout the day as well as the power of the waves, and mimics the motion of the solar system. All eight planets are represented by solar lights placed at their proportional distances from the sun. Both the Sun Salutation and the Sea Organ were designed by the architect Nikola Bašić.

All this, and of course there’s a geocache nearby to find. GC322MF is a popular meeting point for visiting geocachers who host events. The cache has 136 favorite points, and while the cache itself might be your run-of-the-mill hide, the things you’ll find when you reach it are truly incredible. 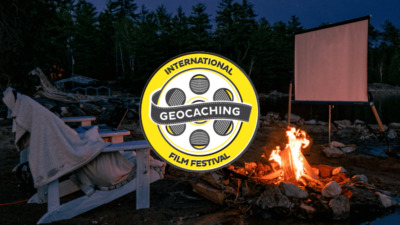 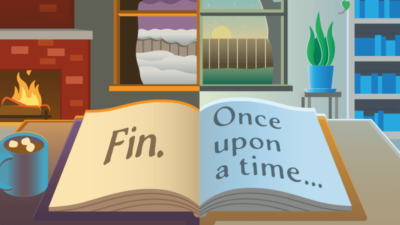 Follow Us
🎉 Making friendship bracelets is not just for s

✨🥚 The goose that laid the golden… geocache