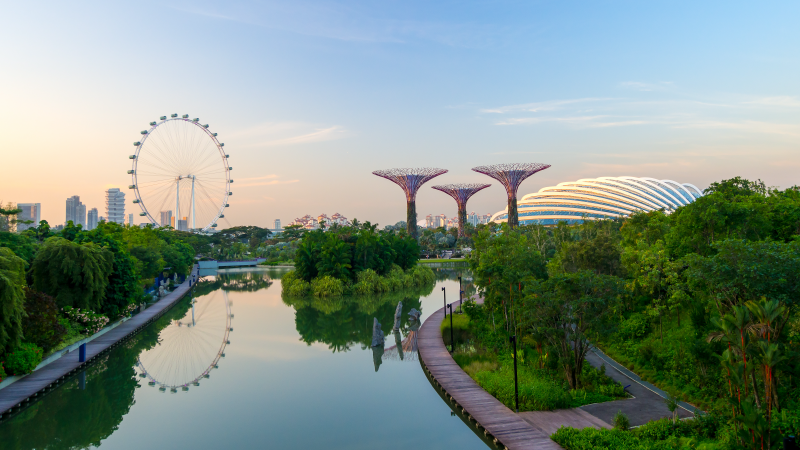 Statistically speaking, Singapore ranks as one of the best places on earth to be born, grow up, and die.

Singaporeans can expect to receive a first-class education and have one of the longest life-expectancies in the world. Their city is the hub of Asia’s financial services and high-tech sectors. Most citizens are bilingual; they represent a diverse collection of religions and cultures. And one of their most well-known national icons is a fantastical half lion, half fish hybrid: the Merlion.

But we think the country’s true greatness lies in its geocaches, which are as diverse as its citizens. They range in style and setting from tricky needle-in-a-haystack hides to gorgeous tropical views; from modern architectural creations to rocky seaside traverses. And if that’s not enough incentive to go caching in Singapore, from now on finding a cache there will earn you the Singapore country souvenir. 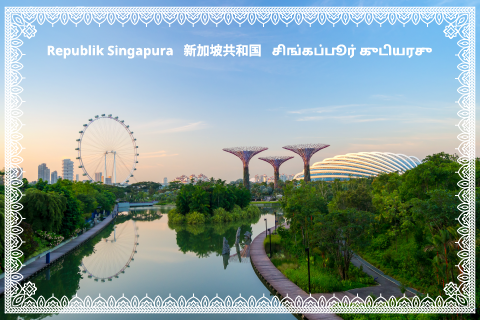 Read on to learn about five of Singapore’s most noteworthy caches. 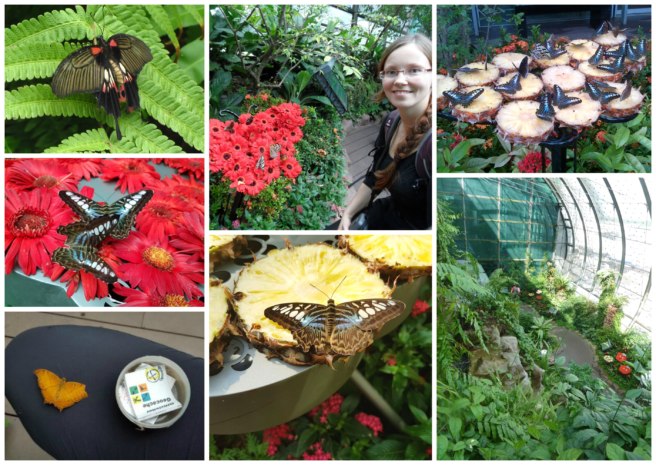 Airport caches are extremely rare, and for good reason. Getting permission from the appropriate authorities is difficult. But geocachers Orangefizzy and Buntoro did just that at Changi International airport in Singapore—they received permission for the cache from the Civil Aviation Authority of Singapore—and GC1HA96 is the result. The cache is placed in the airport’s special butterfly garden. Dappled with natural sunlight from a huge wall of windows, the garden is filled with over 200 species of tropical plants, 47 species of butterflies, a cascading waterfall, and air so humid you’ll meet your daily drinking water requirement just by standing there and breathing for five minutes. 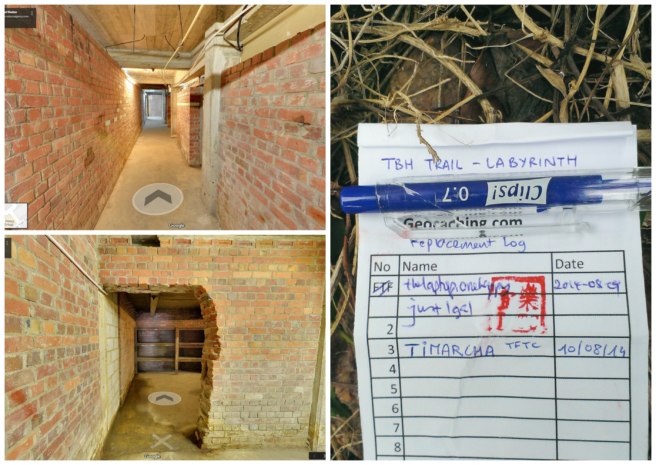 To find GC4XC21, you’ll need to pick your way through a series of labyrinthine underground tunnels, but the only equipment required is a computer mouse and cursor. This mystery cache uses Google Maps’ interior “street view” images of the Tiong Bahru Air Raid Shelter to create a fun and unusual puzzle. Click on the link from the cache page and you’ll be plopped down into a Singaporean parking lot…virtually, of course. Then find the open door nearby to Enter the Labyrinth and begin exploring. You’ll need to track down clues hidden within the walls of the shelter in order to answer questions on the cache page and solve for the final coordinates of the cache. It’s a fun puzzle worth working on at home even if you don’t have a trip to Singapore planned…yet. 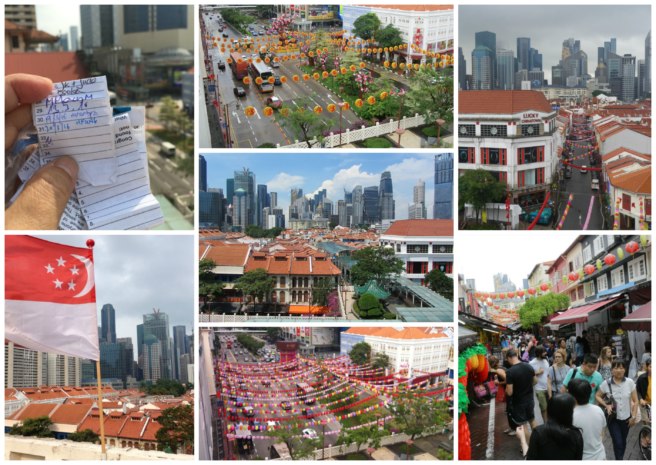 An exploration of Singapore would not be complete without a visit to Chinatown. While you’re there, make your way up to GC41AV5. From ground zero of this cache, one can gaze down at the terracotta-colored roofs of the main Chinatown shopping area and plazas.The streets below seem busy at almost any time of the day, filled with “street performances, flea markets and lots of good hawker food,” as the cache page states. The view offers a striking visual of the contrast between traditional and modern architecture. And around Chinese New Year, colorful streamers and banners hang suspended over the streets like candy necklaces.

Metrohomme’s “The Story of a Migrant” 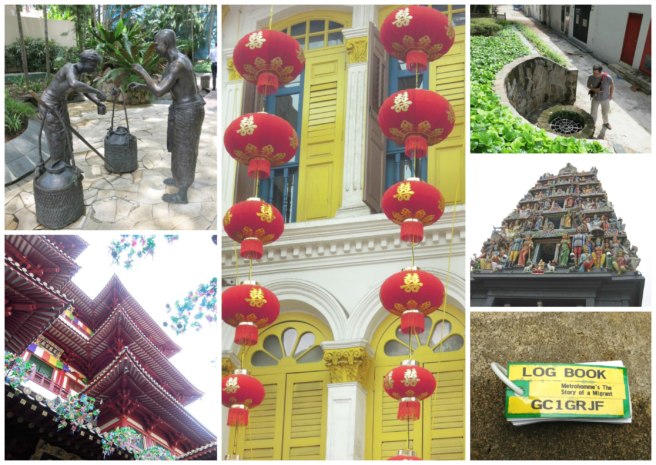 Geocachers who eschew crowds of camera-snapping tourists and prefer to delve deeply into the history of a place will likely enjoy the multi-cache GC1GRJF. The cache describes the life of Ah Long, who emigrated from China to Singapore in pursuit of grander opportunities. Although Ah Long himself is fictional, the locations to which stages of this cache lead are very real. At each stage, the listing text paints a picture of what the spot might have looked and felt like to someone like Ah Long from the late 1800s to the mid-1900s. This cache fits neatly into the ever-growing category of educational geocaching, or “edu-caching”. 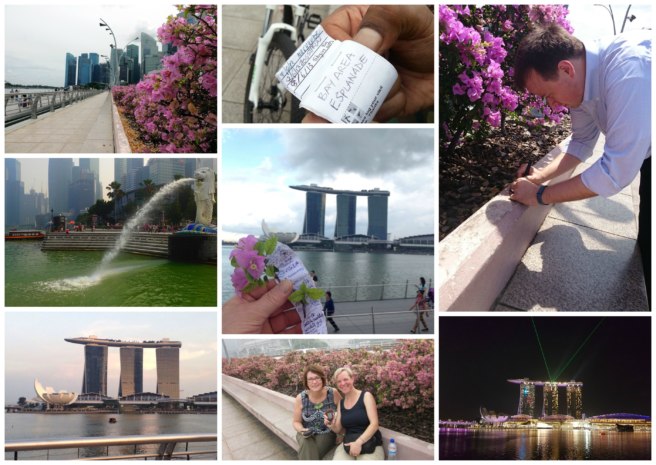 Marina Bay is sensational from any angle. Rimmed with glittering high-rises and swooping bridges, the bay area is the hub of Singapore’s hotel and entertainment industries. The futuristic Marina Bay Sands hotel and casino dominates the skyline to the south, forever deceiving tourists into thinking a cruise ship accidentally docked on some skyscraper roofs. The northern rim of the bay is guarded by a towering white Merlion, who roars out an endless gush of water. And in the middle of it all sits GC2QV9M, shaded by fluffy pink and white bougainvillea bushes. Searching for the cache among the bushes offers a welcome rest for the eyes after the spectacle of Marina Bay, but be warned: spending any amount of time face-first in the foliage is sure to attract attention from tourists and locals alike. Move covertly and replace as found.

Singapore joins Russia, Puerto Rico, and China as the latest geocaching country souvenirs. Souvenirs that are currently available can be found here. See the souvenirs you’ve already earned here. And, if you’ve already found a geocache in Singapore, the souvenir will be retroactively added to your profile soon.

Have you found a geocache in Singapore? Tell us your experience in the comments below! 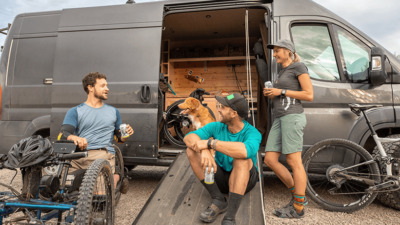 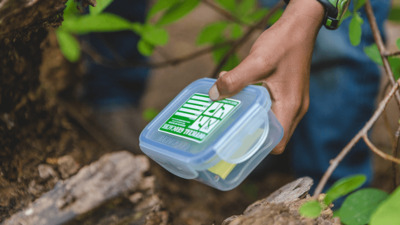