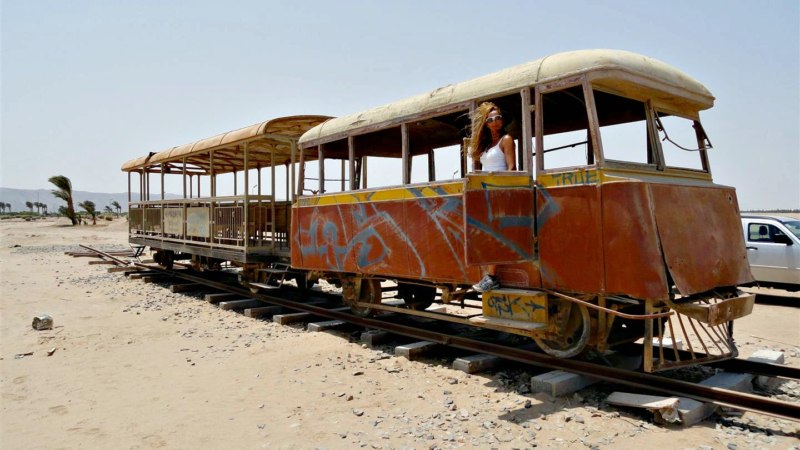 El Gouna is a completely man-made tourist resort located in eastern Egypt on the Red Sea. There you will find golfing, horseback riding, scuba diving, windsurfing, kitesurfing, waterskiing, parasailing, and snorkeling. There are two main beaches, Zeytuna and Mangroovy, which attract tourists sun-seeking from around the world. El Gouna is known as the “Little Venice of Egypt” due to the canals that allow each house to have its own strip of “beach” even if you may be quite far inland.

But just 10 minutes outside of this luxurious area, you will find something very different: an old train left stranded in the desert.

Talk about lost places. There are just two dirty, rusted, and battered train cars covered in graffiti. The tracks start at a pile of bricks, go under the cars, then simply end in the middle of nowhere. The rails are just long enough for the two cars to sit upon, plus a dozen sleepers (the wood beams that run perpendicular to the rails).

The most likely scenario is that this train was part of a line that was shut down due to maintenance or repair issues, and it was easier to leave these cars here than to haul them to another location. However, accurate information about this train is difficult to, ahem, “track” down. 😉

The train cars conjure up images of an era full of romance, mystery, and adventure. If they could only talk and tell us where they have been, what they have seen, and where they wish to go.

But that part is up to you, geocachers. Where will you go next to find romance, mystery, adventure, and maybe a geocache? 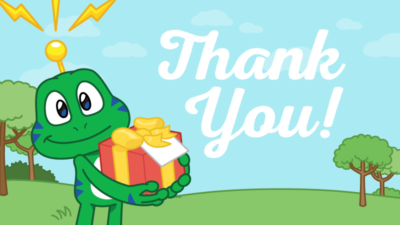 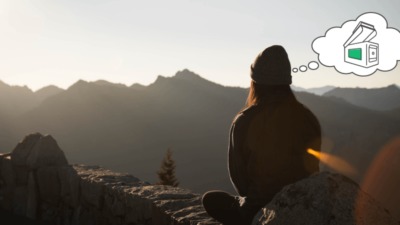 How to make geocaching part of your morn...

Follow Us
This cache is so di-vine it’s ivy league. Image

This cache is hard to miss but easy to love! Imag

If crawling through a dark tunnel didn’t stop yo

⁣ A geocacher’s conundrum: Is the logbook the