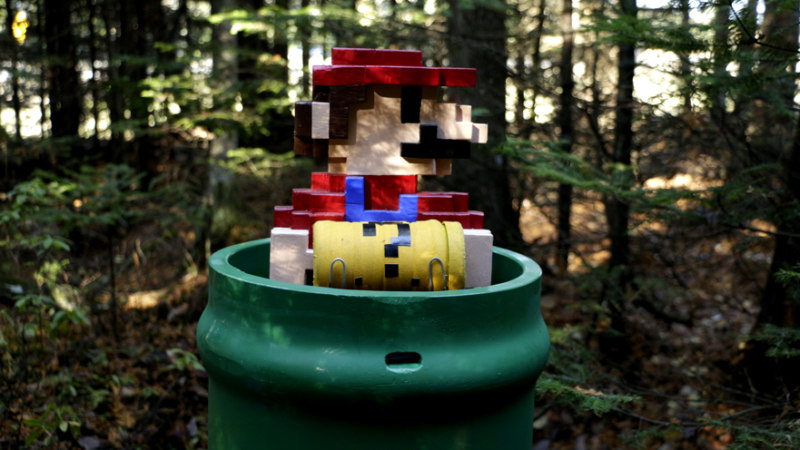 The best geocachers know the best ways to level up their GC game: collect all golden coins per level, risk it all running after 1-Up mushrooms, and harness the fireball power of Fire Flowers.

Wait, what? This is advice for a different game? Two games collide for a SUPER-crossover that will have you saying ‘Mamma mia, that’s-a one cool container’ for this Geocache of the Week!

FF2017: Warp Pipe brings the original Nintendo side-scroller, Super Mario Bros., into the third dimension. The cache owner, Fundy Fog, used the nostalgia of the video game to fuel the creation of the container. “I’ve played Super Mario Bros. since the first Nintendo system was released way back in the 80s and still play the games today with my kids. To have a piece of pop-culture from the game become something tangible seemed like a neat experience.”

After stumbling across a 6 ft (1.8 m) section of 10 in (25.4 cm) PVC culvert in the spring of 2016, the idea for a warp pipe cache came to Fundy Fog instantly. Partially filled with dirt and haphazardly discarded in the woods along an overgrown construction road, with a little creative thinking the discarded container started to take shape.

“I liked the idea of using simple mechanics to power the cache. The counter weights reset the cache whenever the cover is put in place—similar to pulling the winding chain on a grandfather clock.” Besides the external color, this cache is completely green: all the components, except the central 2 in (5 cm) PVC guide pipe and paint, are recycled materials.

“Everything was in my garage. I had a rough-sketched plan but worked largely by imagination with a bit of trial and error.”

“All assembled, I estimate it weighs over 60 pounds (27 kg). The location also fits the theme nicely. Most players of the game know that in certain levels there are hidden warp pipes. To find them, they need to take their time to explore. For those players who race through to reach the end, they never notice them there…just like the drivers never suspect what lies in the trees just beyond the ditch.”

“My inspiration is to entertain, starting with the story in the description—it hints at what is to come. People will tell me they had an idea of what they would find, but the size of the pipe and Mario pop up with the log container in his hands surprises them. When they share their enjoyment it makes me smile knowing  that I have achieved my goal.”

Are you a true Super Mario Bros. fan? Head to the cache page and see if you can answer the trivia question required to open the geocache’s lock!

Delanie
Delanie is a Community Coordinator at Geocaching HQ. In her free time, she is most likely to be knitting, pining after Mt. Rainier, or trying to revive her over-watered succulents. 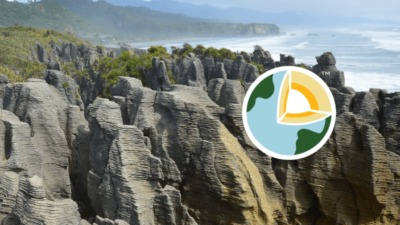 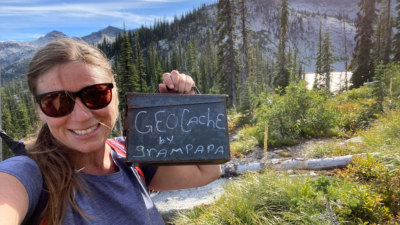 Follow Us
⛓️This cache must be scientific because we def

⁣ 🎶I like big caches and I cannot lie⁣ You

What a charming TB-hotel! A perfect place for an a

Muggle: OMG be careful! Cacher who knows it's safe