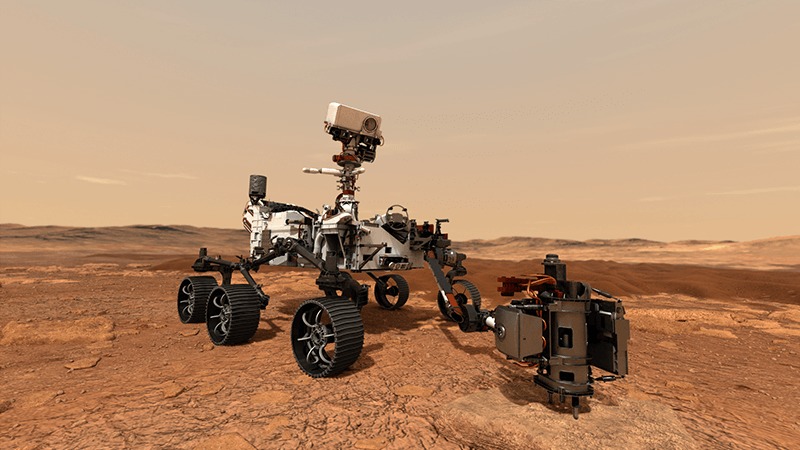 Grab your spacesuits, geocachers, because the first ever interplanetary trackable is about to take off. That’s right, NASA’s Mars 2020 Perseverance Rover is trackable. And you’ll be able to log it!

Thanks to the Mars 2020 SHERLOC instrument team at NASA, the newest mission to Mars contains a tracking code, truly taking geocaching out of this world! Keep reading to learn how you can watch the launch, log the trackable, and more.

What is Perseverance’s mission?
Perseverance is actually engaging in a little caching of its own…sample caching that is. One of the rover’s tasks is to cache, or collect core rock and soil samples and store them for an eventual return to Earth. It will also be trying to identify signs of past environments that could have sustained life, looking for signs of that life, and testing oxygen production from the Martian atmosphere to see if Mars could sustain human life in the future.

When is Perseverance launching?
Right now, NASA is targeting an 11:50 a.m. UTC launch on July 30 (you can convert UTC to your local time zone here). The launch window will last approximately two hours, with an opportunity to launch every five minutes within that window. However, several factors can influence a launch including weather and technical issues so, depending on those, the launch date may shift. We’ll keep you updated via this blog, as well as the trackable page.

How can I watch the launch?
You have several options to watch the launch of the first interplanetary trackable. It will be streamed live on NASA TV, as well as on NASA’s YouTube channel. We will also have the stream available to watch directly from the trackable page.

When and where will Perseverance land on Mars?
The trip to Mars takes several months. Perseverance is currently scheduled to land on the Red Planet on Thursday, February 18, 2021. The landing site is the Jezero Crater, a dry river delta with rocks and minerals formed in the waters that used to run over Mars’ surface.

Where is the trackable code located exactly?
The trackable code is specially printed on a one-inch, unique, glass disk that is part of the rover’s calibration target. Cameras and other tools on the rover use calibration targets to determine accurate colors, brightness, focus, and other information. This calibration target is specifically for the SHERLOC’s WATSON camera. The SHERLOC instrument is a spectrometer on the rover’s arm that uses laser light to classify minerals and look for organic compounds. WATSON, its sidekick camera system, is used for engineering, operations and science imaging on the surface of Mars.

How can I log the trackable if I’m not also going to Mars?
If you’re not blasting off anytime soon, don’t worry! You’ll still be able to log the Mars Rover starting around February 2021. Since the tracking code is on the WATSON camera’s calibration target, once Perseverance lands on Mars, the camera will take a picture of the tracking code itself and send that picture back to Earth. You can log the Rover by finding the code in that picture. Please note that Geocaching HQ, the owners of this trackable, are giving explicit permission to log this trackable virtually. Per guidelines, discovering trackables virtually without permission from the owner is not permitted.

How can I follow the trackable’s progress?
You can follow Perseverance’s progress on the Mission Updates section of the NASA website. Updates will also be posted periodically to the trackable page, as well as in this blog!

I have a question that isn’t answered here!
Ask in the comments! We’ll compile your most asked questions and work with the good geocachers at NASA to get them answered.

Where should geocaching go next? Let us know your ideas in the comments. 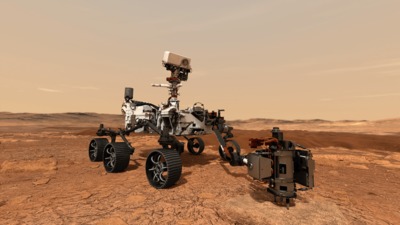 Geocaching and NASA head to Mars with th...

Follow Us
Happy #GeoGeekWeek! 📱 Tech this out 💻 Did yo

Geocaching: When the ordinary becomes extraordinar

The caches that seem quickest can sometimes take t