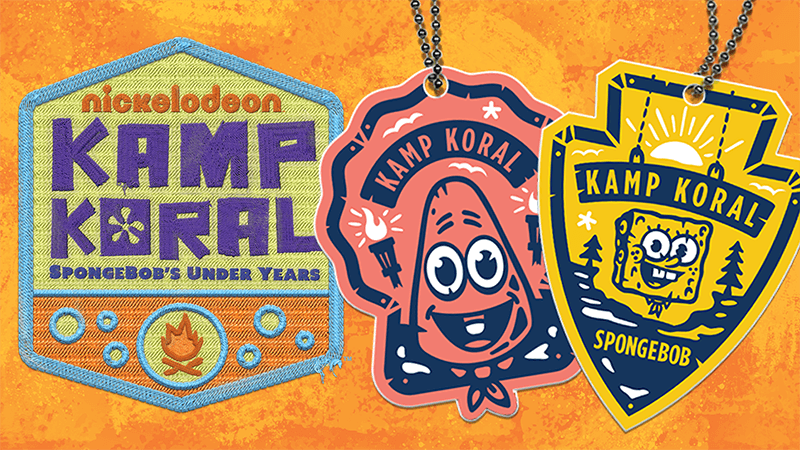 Since its global debut in July 1999, SpongeBob SquarePants has reigned as the top kids’ animated series on TV worldwide, while generating a universe of beloved characters, pop culture catchphrases and memes, and a global fan base. The character-driven cartoon chronicles the nautical and sometimes nonsensical adventures of SpongeBob, an incurable optimist and earnest sea sponge, and his undersea friends.

In the first original SpongeBob SquarePants spinoff, Kamp Koral: SpongeBob’s Under Years takes viewers back in time and follows a 10-year-old SpongeBob, as he and his pals build underwater campfires, go treasure hunting, collect badges, catch wild jellyfish, and swim in Lake Yuckymuck at the craziest camp in the kelp forest, Kamp Koral.

You can watch Kamp Koral: SpongeBob’s Under Years on Nickelodeon and/or stream it on Paramount+, if available in your area. For more about the series, watch a trailer here or visit kampkoral.nickelodeon.tv to find out when it airs in your part of the world.

Request a trackable and find out more at geocaching.com/KampKoral and share your finds using #KampKoralCache and @SpongeBob.

Are you ready, Geocachers?

Geocaching HQ
Geocaching HQ is where the tools for your geocaching adventures are created and maintained. Founded in 2000, we are dedicated to inspiring and enabling adventure, exploration, and community through a unique combination of outdoor recreation and location-based technology.