Sometimes it takes just one glorious snapshot to tell the whole story of a geocache and its location. Bachalpsee (First) GC1TJFP is just such a cache.

The difficulty 1.5, terrain three traditional geocache delivers cachers to a pristine Swiss lake called Bachalpsee or Bachse. The “First” referenced in the name of the geocache is a nearby summit in the Bernese Alps.

The area might look familiar to those acquainted with Switzerland. It’s one of the more photographed regions of the landlocked country. The vast valleys also serve as fertile grazing grounds for herds of Swiss cows.

More than 200 geocachers logged smileys on the cache hidden by Compi7 in 2009. It’s earned eleven Favorite Points so far. But the most significant praise for the cache comes from those who logged the high altitude find. One log entry reads, “Our highest cache at 7475 ft. We just seem to be going higher & higher… Great views & a lovely walk with marmots playing close by TFTC.”

Continue your exploration of some of the most engaging geocaches from around the world. Explore all the Geocaches of the Week on the Latitude 47 blog or view the Bookmark List on Geocaching.com. 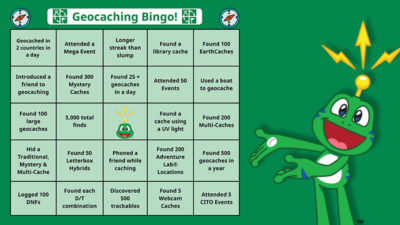 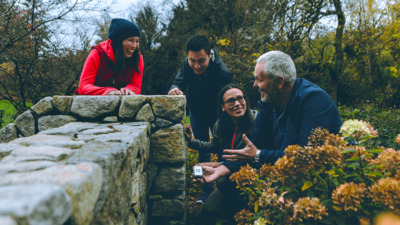 Follow Us
Are you a 🐈‍⬛ scaredy cat or 👻 ghost whi

🏆 Finding this geocache is a real prize! 🏆