Normally, rocks just don’t up and move on their own. They seem to be pretty happy with sitting right where they are, not moving. But there is a place on earth where the rocks aren’t content to waste their days in the same spot. These rocks have places to go. We’re not sure where they’re going, why they’re moving or how they’re getting there. However, one thing is for sure: when you visit these rocks-on-the-go, you can find the EarthCache, The Secret of the Rolling Stones (GC2FFRV).

This difficulty 2.5, terrain 3.5 geocache and these moving stones are located in a part of California’s Death Valley National Park called the Racetrack Playa. Whether or not these stones are actually racing has yet to be determined. In fact, they’re not even all moving in the same direction. The tracks left behind the rocks move up, down and zig-zag throughout the ground. There are even some tracks that have no stones at the end of them, which has raised some interesting questions.

There are plenty of theories as to how these rocks are traveling through the landscape. Some of the rocks weigh more than 700 lbs (350kg), so the thought of a person (or even multiple people) moving these rocks is out of the question. For wind to move a rock that size, they would have to blow at over 500mph (about 800 km/h). For reference, the strongest hurricanes have had winds at around 200 mph (300km/h).  Several geocachers have offered theories in their Found It logs. “My theory is that moisture, when there is any, creates a surface that allows the stones to slide. That or aliens. One of the two.” said geocacher HOFer29. Personally, I’d hope that beings who have the technology to travel through space have better things to do than move rocks in the desert.

The most recent set of scientific theories hinges on weather factors including intense rain, ice, wind and soil composition. While nothing has been proven yet, studies continue through the use of GPS (just like us!) and sensors in the ground. The movement of these rocks is yet to be explained. Have you ever come across something you couldn’t explain while geocaching? Tell us about it in the comments. 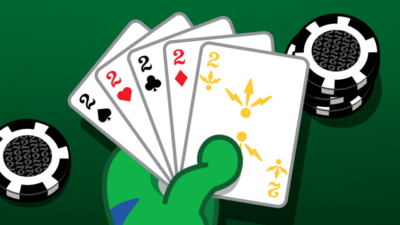 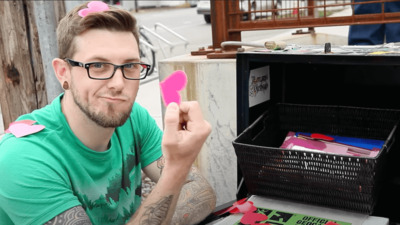 Follow Us
Eeny meeny miny moe, do you know which way to go?