The Czech Republic geocache “Jested” (GCKDBV) rests high on Mt. Jested, not far from the border of Germany and Poland.

The search for this cache takes you to one of the most stunning landmarks of Northern Bohemia,  Jested Tower.  The structure is an architectural feat which combines a 94 meter (308 foot) tall transmitter tower, a hotel and a restaurant.

More than 1200 geocachers have logged “Jested” since Dorcadion Team hid the cache in August of 2004.

The regular-sized difficulty 2, terrain 2.5 geocache takes adventures up to an altitude of 987 meters (3,237 feet).  Dorcadion says his other interest, ”
(except geocaching) is photography of nature and architecture – and this tower is one of the most interesting examples of modern architecture in our country…”

Beyond discovering the traditional geocache, you’ll also find an amazing view that extends to Germany and Poland.

Dorcadion says he didn’t really expect the cache to become so popular, “in the time when I placed the cache (the first in the whole Liberec region)  the number of all Czech geocachers was lower than 50… But I expected that people will visit this cache – Jested is very popular and easily accessible by rail car, car or by short steep hike.”

Explore all the Geocaches of the Week here. 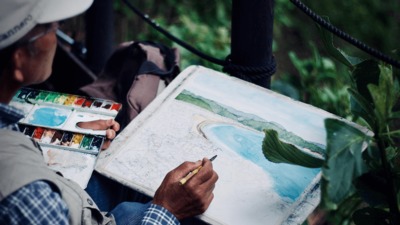 Five hobbies that will make you a better...

This geocache is the opposite of despicable!⁣ We