Underneath lamp posts skirts simmers a geocaching controversy.  Lamp post caches (LPCs) polarize opinions. A LPC is typically a small nondescript container placed under the metal skirt of a lamp post.   Some geocachers believe that LPCs are unimaginative hides and all too easy finds.

Other geocachers see LPCs as part of the spectrum of geocaches that provides accessibility for all players.  The ease of finding LPCs also offers geocachers the ability to string together dozens or hundreds of finds a day.

Geocachers like Julie Husting, IWillFindIt!!, see the base of lamp posts as a canvas for adding more creativity to geocaching.  She believes that lifting the metal skirt on a lamp post should be more like lifting a curtain on stage.  Julie creates scenes to surprise and entertain cachers looking for a quick LPC grab.

She adapted the idea from an LPC she discovered. Julie says, “I went to Fotomat GC17R5G by FishfulThinking which had a bunch of film canisters under it.  I thought that was really fun.  I got some cool tins at Disneyland.  One had the little green men from Toy Story on it.  I had a bunch of swag that had action figure toys so I put them on boards and put them in the Toys R Us parking lot and wrote a little story about them.  That was my first one — The Search for the Little Green Men  GC1D5FW. ”

Julie now has nearly twenty themed LPCs in the Southern California area.  She says her craft has evolved: “I started with the Disney tins (Nemo, pirates, princesses, Mickey Mouse, Toy Story), then I moved on to holidays.  Now it is whatever we find that we like.  My boyfriend, Bob, does the majority of the work on them now.  He has gotten much more elaborate with them than when we first started.”

Their motivation comes from reading the logs as more and more geoachers seek out caches by IWillFindIt!! Julie says, “Most people appreciate the effort that goes into them and they write really nice logs.  One person even brought a girl scout troop to Find Nemo to teach them about caching.”

More geocachers will have a chance to discover LPCs like these.  Julie says, “My cousin, Sue aka $$tracker, also has some themed LPCs in the Santa Barbara area.  I will be sending one to be published in Texas pretty soon!”

What do you think?  Do you know other geocachers who are reinventing LPCs? 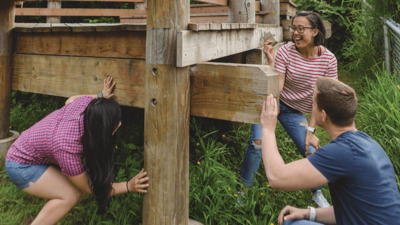 How to find your first geocache: tips fo... 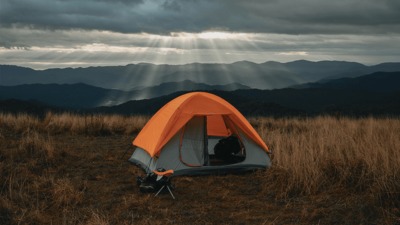 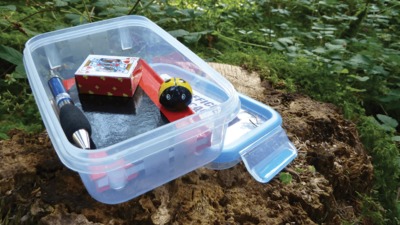 An ode to geocache maintenance

Follow Us
If you think this would have been hard to find, wa

🧱This is not just another brick in the wall, ta

🍃 Leaf it to a clever cache owner to make you t

Why did the geocacher cross the road?🚦 To find

🪵Now, this is what we call a LOGbook!🪵 What