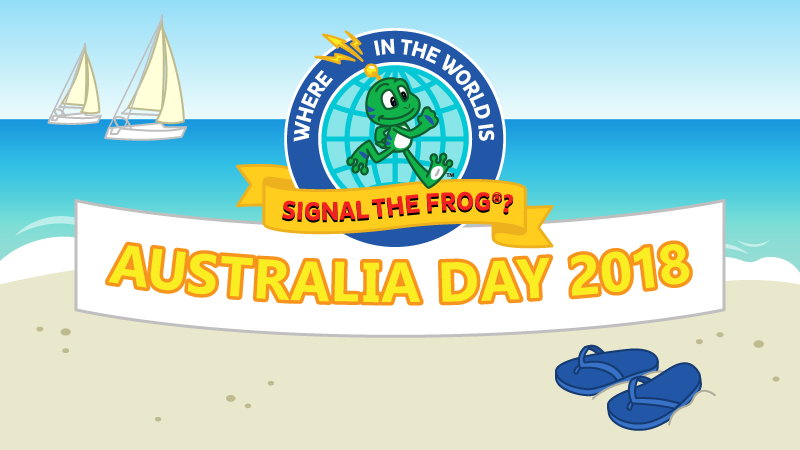 After a busy time meeting with thousands of geocachers at Mega and Giga-Events all over the world, Signal the Frog® is ready for a summer vacation. Yes, that’s right – he’s packing flip flops*, a snorkel, and many bottles of amphibian-proof sunscreen, because he is headed for Australia!

We’re excited to share Signal’s next destination with you as he continues to celebrate geocaching around the world. Visiting the Southern hemisphere for Australia Day 2018, our favorite frog is planning to join in on the festivities and barbecue like an Aussie would do!

You can take part in the celebration by hosting or attending an event on Friday, January 26 through Sunday, January 28, 2018 and earn the Australia Day 2018 souvenir.

If that is not enough to make you brave the cold by firing up a grill in the Northern hemisphere’s winter, we’ll give you some fun facts and clear up a common misconception about Australia.

Do you have any interesting facts about Australia? Share in the comments below!

*Flip flops are called ‘thongs’ in Australia, or ‘jandals’ in New Zealand.

Annika
When I'm outside I'm happy. Besides geocaching I love gardening, hiking, cooking and spending time with my wonderful two and four legged friends. Got eight legs? Sorry, but please stay far away from me!